skip to main | skip to sidebar

Happy Canada Day fellow Canucks! This update is long overdue! Things have taken quite an interesting turn with regards to my life and work which has prevented me from regular updates here (But you can follow me on twitter at http://twitter.com/FrancisManapul which I regularly update). It's been a very amazing year thus far, and we're only half way in! The launch of The Flash #1 with Geoff Johns was phenomenal, and we really appreciate the support that the readers, retailers and reviewers alike have shown us! Thank YOU! The book has been amazing to work on, and we'll continue to deliver you the best Flash book you can get! ( The Flash #3 comes out this week! June 30th!!) 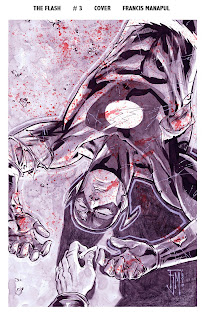 This was a big week, also released was Wonder Woman 600 to which I contributed a pin up too, as well as my variant cover to JLA 46! Be sure to check those out at your local retailer! 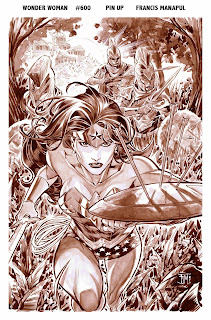 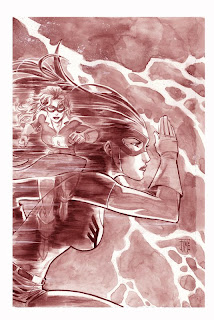 You can also find me at the upcoming San Diego Comic Con July 21st – 25th. I have a few more convention appearances in the upcoming months which I’ll update you guys all on, including the Toronto Fan Expo in August, as well as Jet city comic con in Seattle in September. I’ll post up more detailed info closer to the date.

Aside from my current work at DC Comics I was also lucky enough to have had some new opportunities this year. Namely on a show called Beast Legends which will begin airing on History Television in Canada on Wednesdays 10pm starting July 7th. and later on SyFy in the US. I'll be one of the presenters on the show, which is quite a departure from my day job! But the best part about it is that I'm actually using my real profession and applying it to science! 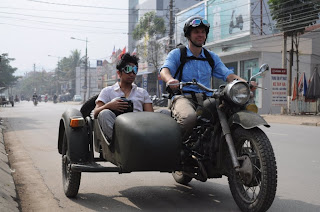 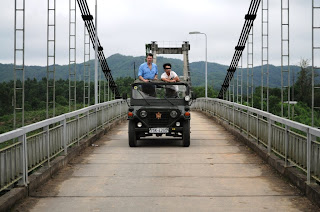 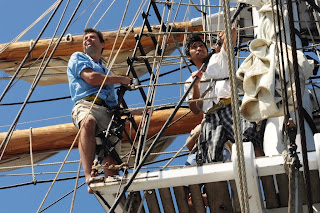 It's been an amazing experience traveling around the world on these magnificent adventures! I felt like Indiana Jones or something! Even had run ins with some snakes! I've drawn in some of the most bizarre places, from the dense jungles of Vietnam, to a platform above sharks in the Bahamas, to a dark and wet lions cave in Germany, to the high seas of New Zealand! It's truly been an experience and I'm glad I'll be able to share them with you! Now here's the official press release for the show:

Using Stunning 3D CGI Effects, Six-Part Series from Anglo-Canadian Film Company Yap Films Journeys to the Frontiers of Science and Fantasy to Investigate Mythological Creatures That Might be Real….and Historical Creatures that Could be Myths.

World history is full of stories about terrifying monsters. Some are myths, but others just might be real. BEAST LEGENDS brings together the ‘Beast Seekers’, an expert team of specialist investigators. This elite, engaging group, a learned kind of League of Extraordinary Gentlemen, is made up of:

Scott Edwards: Professor of Organismic and Evolutionary Biology and Curator of Ornithology at the Museum of Comparative Zoology, Harvard University.

Stephen Leonard: Adventurer and Veterinary Surgeon based in Bristol, England.

In each of the six hour-long episodes, the Beast Seekers investigate a different legendary beast, travelling the globe to the actual locations that spawned the stories of these Beasts. They track down clues to find the truth behind the legends. The Beast Seekers uncover historical and eyewitness accounts, and zero in on archaeological and other physical evidence to assemble the most accurate picture possible of what these monsters would be like, where they would live and how they would behave, if they really existed.

Armed with every piece of information the team has discovered, BEAST LEGENDS then moves to the ‘Beast Lab’ to build the creature, first as initial sculpts and wire-frame forms, and finally bringing it to life in stunning 3D CGI.

And then we unleash it on the modern world…..

“BEAST LEGENDS takes the stuff of fantasy and fear – from Griffins and Dragons to Sea Monsters and Wildmen - and unravels the mystery of what these creatures would be if they could really exist,” says Elliott Halpern, an executive producer of BEAST LEGENDS and co-owner of yap films. “The series is a fresh and exciting combination of real biology applied to the realm of fantasy.”

Posted by Francis Manapul at 2:49 PM

Francis Manapul
I'm a comic book artist currently working on The Flash for DC Comics. I'm also one of the TV presenters on History Televisions "Beast Legends". My past work include books such as Adventure Comics, Superman/Batman, The Legion of Super-Heroes, Tomb Raider, Witchblade and many more!